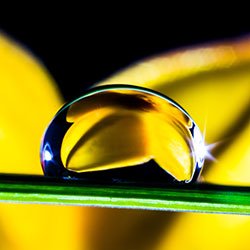 The retail water bill you receive for your home or business reflects a wide range of costs from a number of different sources and agencies. While your bill may include several different services (e.g., drinking water, wastewater, solid waste, electricity), this explanation focuses on just the drinking water rates and charges. The fees reflected on your retail water bill include charges from the service cost incurred by your water provider at both the local/retail regional and wholesale level. The charges for water service may also extend beyond your monthly bill to include ad valorem or parcel (e.g., Mello-Roos) taxes that would be listed on your property tax bill.

The Municipal Water District of Orange County (MWDOC) is the wholesale imported water provider for 27 retail water districts and cities (Member Agencies) within Orange County, and provides a wide range of additional services to these Member Agencies including Water Use Efficiency Programs, Water Reliability Planning, Public and Governmental Advocacy, and Emergency Preparedness Response coordination. MWDOC was formed to represent over 70% of the 3.2 million people in Orange County at the Metropolitan Water District of Southern California (Metropolitan). Metropolitan is a regional provider of imported water that conveys and treats potable water from Northern California and the Colorado River. MWDOC passes the costs of Metropolitan regional, imported water, and service through to our Member Agencies. The remainder of Orange County is represented at Metropolitan by the three Cities of Santa Ana, Anaheim and Fullerton (the Three Cities). The local agencies provide the services and system maintenance to move the water from the wholesale system to your home or business. Depending upon your location and water supply, these fees may include the costs of groundwater or reclaimed/recycled water operations.

Therefore, the water bill that you receive represents costs from three levels of water supply and services: Regional Services by Metropolitan, OC Wholesaler Services by MWDOC, and Local Services by your retail water provider. 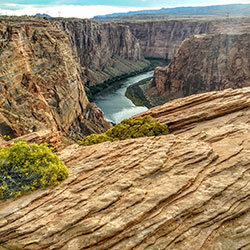 Metropolitan has a fairly complex rate structure. Some of the charges are volumetric whereby MWDOC is charged a rate per Acre-Foot of water delivered (approximately 325,850 gallons) and depending upon whether the water is already treated (ready to consume (potable)) or untreated, there is an additional charge for treatment. These are fixed charges such as the capacity charge and the Readiness-to-Serve (RTS) charge.

The capacity charge is designed to recover the capital costs to meet short-term peak demands of the system. Retail customers usually use more water in the summer than the winter and may use more water in a dry year than a wet year. This results in different agencies increasing or decreasing their demand on imported water. The water distribution system is designed and built to handle the combined peak demands of all the customers. The capacity charge recovers the costs to provide this operational flexibility by charging an agency’s highest 1-day flow (measured in cubic feet per second (cfs)) over a three year period to determine the agency’s peak capacity for which the agency is charged.

The RTS charge is similar in that it allocates capital costs but in this case for long-term reliability, such as emergency storage capacity and standby services. The long-term aspect of these costs are reflected in the use of a 10-year average of a member agency’s water purchases to allocate the costs.

Metropolitan approves its rates and charges on a two-year budget cycle with limited annual updates. 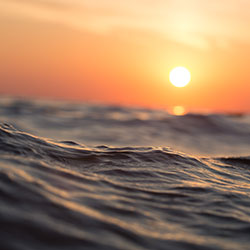 The pass through rates and charges from Metropolitan are normally billed on a monthly basis to our Member Agencies with the majority of the cost allocation based on volumetric purchases. The fixed charges require somewhat more involved allocation calculations. The total amount of these Metropolitan charges are projected to be approximately $174 million in FY 2022-23.

The Choice Budget fees are primarily associated with the water education school program and the water use efficiency program, including conservation rebates. MWDOC Member Agencies elect to subscribe to specific programs and can opt-out of program participation. The MWDOC Choice Program budges for FY 2022-23 is approximately $1.7 million.

MWDOC’s Core Budget includes all other programs and functions provided to our Member Agencies: Water Reliability Planning, Metropolitan Activities, Government Affairs, Public Affairs, Water Use Efficiency, Emergency Response, Board Functions, Finance, Information Technology, and Administration. The FY 2022-23 Core budget is approximately $9.9 million. The approved rate structure calculates two different charges for MWDOC customers. For the retail Member Agencies, a fee is assessed on the total number of retail meters an agency has in its service area. The intent is to provide more equity among the different agencies as MWDOC services bear a greater relationship to the total number of retail meters than the volume of water purchased. For the remaining groundwater agency, which does not have retail meters and requires a different set of services, the rate is based on a combination of factors including a proportional share for specific cost of services and a long-term volumetric average. 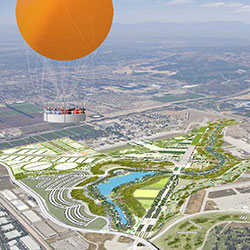 The local retail water agencies take all of their anticipated costs and develop a system of local rates and fees to fund the construction, operation and maintenance of the local systems that deliver water to your doorstep. While all rates are adopted through a transparent and public process, there is a wide variation in the rate programs that are enacted. Some agencies have a significant component in property taxes while others have none. Some rate structures charge the customer the same amount for every volume unit they use (flat rate structure) while others charge higher rates the more water you use (inclining & tiered rate structures). There are often different rates and charges dependent upon the size water meter you have.

For information on local water rates in your area, please contact your local water provider as listed on your water bill.

END_OF_DOCUMENT_TOKEN_TO_BE_REPLACED

If you would like to receive additional information regarding MWDOC’s water rates and charges, please contact:
Harvey De La Torre at (714) 593-5027.