Message From the President: California Water Portfolio Must Include Delta Conveyance and More Storage 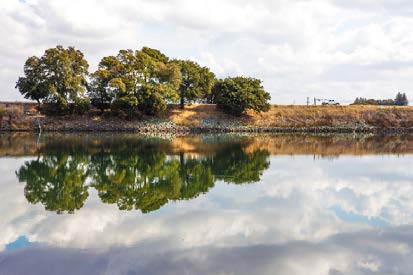 We have a water system in California that is broken under the weight of environmental problems and regulations, lack of investment and outright political obstructionism. When the rain and snow returned to California this winter and the rivers began to rise in Northern California, our water system in the Bay Delta had to decrease pumping rather than take advantage of the opportunity to store as much as possible for future use.

From January to the end of May this year, over 22 million acre feet (AF) of water was allowed to flow out to the Pacific Ocean. With a proper distribution and storage system, this water could have easily been captured and saved. During that same time period, the combined Central Valley Project (CVP) and State Water Project (SWP) exports from the Delta was only 1.7 million AF. Remember, these numbers occurred in a year with the greatest rainfall on record, and yet both the CVP and SWP allocation was 70%. This is simply unacceptable.

The California water system has been living off the investments of past generations, and the bill of inaction is coming due. Moving forward, unless we fix the Delta and increase our water storage capacity, California will be sentenced to a permanent drought status. Additionally, the state could be subjected to burdensome policies driven by unelected and unaccountable officials who believe water shortages are created by green grass and swimming pools, not the lack of storage and inability to move water freely throughout the system.

Planning for the SWP began in 1956 and the first deliveries to Southern California occurred in 1971 – nearly 50 years ago. Over the past generation, there have been significant investments at the local level, most notably within the Metropolitan Water District of Southern California’s (Metropolitan) service area; and, even though the state population has more than doubled, the system is largely the same one we had more than a generation ago.

What we need in California is a new generation in investment and a new management ethic that doesn’t look for reasons to deny water for the economy. The design of the water system in the Delta needs to be improved so that water can be captured in the northern Delta and transported to the aqueduct system in the southern Delta. We must remember that this supply is vital for the economies of the Silicon Valley, the Central Valley, and $1 trillion Southern California economy. We need to regain our ability to capture water when it is wet, so the economy has supplies when it is dry. We have lost that ability for various environmental and regulatory reasons and it is not good for the environment, it is not good for the economy, and it puts our nation’s food security at risk.

In contrast to the much maligned High Speed Rail project, the Delta Conveyance (formerly known as the California WaterFix) will not be built using any state or federal funds. Like most water projects, it would be funded by ratepayers who will benefit from such an investment.

The reason for the Delta Conveyance is straightforward. We need intakes in two different places in the Delta, north and south, in order to reliably divert water and avoid conflicts with endangered species; we need a flexible, modern system. Whether it’s an earthquake, sea level rise, or a decade of drought, without investing in reliability, California’s next water emergency is inevitable.

In 1977, which was the driest year on record, the SWP was able to deliver 400,000 AF of water to Metropolitan; in 2014, just 37 years later, Metropolitan received 100,000 AF. We seem to be going backwards, not progressing. Delta Conveyance does not solve all of the state’s water problems but it would eliminate a bottleneck in the heart of the statewide system. California will need to continue to develop more local supplies like what we have done in Southern California.

Across the state we need more storage, north and south of the Delta. Storing water away in the wet years means more for the economy and the environment in dry years. We have long tried to run this water system with inadequate storage and the problem reveals itself every time it stops raining. We need to stop fooling ourselves that we can be the 7th largest economy in the world without a world class water system that is up to today’s challenges.

Excerpts from Congressional Testimony before the House Resources Subcommittee on Waters and Oceans delivered on June 13th By Brett R. Barbre, MWDOC Board President