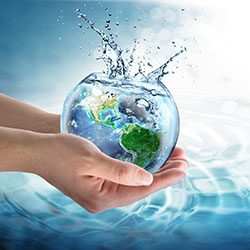 Each year during the month of April, cities across the United States take part in the annual Wyland National Mayor’s Challenge for Water Conservation (Mayor’s Challenge). With no cost to cities or taxpayers, the Mayor’s Challenge offers a unique and compelling way to motivate residents to conserve water.

How it works: Each year, residents participate on behalf of their city by completing a series of online conservation pledges at www.mywaterpledge.com that encourage positive behavior changes. Cities that collect the most pledges within their population category win the title of most water-wise city in the nation. There is one national winner selected each year for the following five population categories: 5000-29,999, 30k-99,999, 100k-299,999, 300k-599,999, and 600k+. Contest winners are typically announced by the Wyland Foundation in the month following the close of the competition.

Also, as an added incentive for Orange County cities, the Municipal Water District of Orange County (MWDOC) and the Wyland Foundation have partnered together to create an award-winning Orange County breakaway competition of the Mayor’s Challenge. One lucky city within MWDOC’s service area with the most pledges received by their citizens will win a visit from the Wyland Clean Water Mobile Learning Center, a state of the art 1,000 sq. ft. bio-diesel science museum on wheels.

Special thanks to National Presenting Partner Toyota – in association with the Toro Company – for their continued support of the Wyland’s National Mayor’s Challenge and Orange County breakaway competition!

California has a diverse selection of flora. Desert, forest, and island regions across the state have adapted to California’s climate, poor soils, and low rainfall. A water-wise demonstration garden – or “Pocket Park” – that is easily accessible to the public, serves as a community model for efficient landscaping by allowing visitors to learn more about practical water-saving irrigation techniques (regardless of plant selection), and California Friendly plant options. Visitors can also learn more about the appropriate use of permeable surfaces, as well as the benefits of rain gardens and infiltration pits. These techniques allow rainwater to be filtered into the landscape, replenishing groundwater while simultaneously preventing excessive runoff and pollution that affect our waterways and oceans.

On May 21, 2019, the City of San Clemente was named the 2019 winner of the MWDOC-Wyland Orange County breakaway competition for their stellar participation in the 8th annual Wyland National Mayor’s Challenge for Water Conservation. In 2019, San Clemente alone collected almost 2,700 pledges from community members, committing to reduce the city’s water use by over 9 million gallons from May 2019 until April 2020 when the Mayor’s Challenge would have officially began again.

MWDOC, Wyland Foundation, Saddleback College, and City staff have been working together to begin the design process for the Pocket Park awarded to the City as the 2019 Orange County breakaway competition incentive. Keep watching this space for updates on this Orange County water-wise project!

In 2018, the City of Westminster won both the National Mayor’s Challenge for their population category, and the Orange County breakaway contest. This was the second year in a row since the MWDOC-Wyland Foundation partnership’s inception that an Orange County city has won the National Challenge.

In 2018, the award for the Orange County breakaway competition winner was a water-wise Pocket Park. MWDOC, Wyland Foundation, Saddleback College, and City staff are currently working to gather materials needed for the final Pocket Park design, and develop a timeline for completion. City staff is motivated to complete the park in 2020-2021. Stay tuned!

After months of review and discussion, a location for the park was selected. The location site, Treasure Island Park, off of Pacific Coast Highway and Wesley Drive in Laguna Beach, is owned and maintained by the Montage Resort. 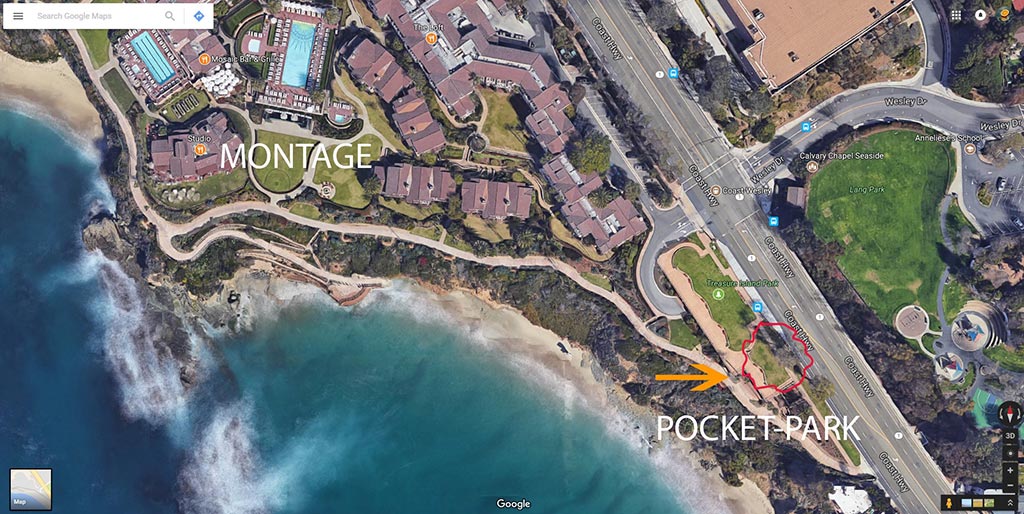 Three independent designs featuring an array of technologies available to capture dew and fog, have been developed by students in the Horticulture and Landscape Design department at Saddleback College. The dew and fog catchment system would supply most, if not all, of the water needed to maintain the park.

In December 2017, the design team was awarded a $10k grant by the Metropolitan Water District of Southern California under their World Water Forum Grant program. Additionally, the students were also presented with the Irving Sarnoff Award for their outstanding design concept.

Currently, the Pocket Park project is on hold pending submission and approval of permits.

For questions related to this program, please contact Tiffany Baca at tbaca@mwdoc.com or (714) 593-5013