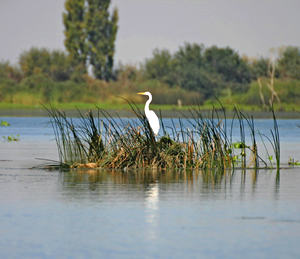 The California Department of Water Resources (DWR) published the notice of preparation (NOP) for the Delta Conveyance Project (DCP) citing a need to protect the state’s water supply from climate change and seismic threats. This is a major step forward for the plan to construct a single tunnel through the heart of the Sacramento-San Joaquin Delta.

The DCP is a scaled down version of what was once known as the California WaterFix or Twin Tunnels—also previously known as the Bay Delta Conservation Plan. No matter the name, the plan includes drawing water from the northern reaches of the Delta, to pumps approximately 40 miles south. From there, the water will enter the State Water Project (SWP) canals before reaching farms, homes, and businesses in the Central Valley and Southern California. While the DCP replaces the twin-tunnel design that was nixed by Governor Newsom last April, after more than a dozen years of planning, legal wrangling, and hard-fought opposition, the NOP sets the stage for putting the single-tunnel solution in motion.

The NOP initiates an environmental impact report for the proposed project, which is the preliminary step to ensure its compliance with the California Environmental Quality Act (CEQA), a critical move toward getting the project off the ground. Independent from the CEQA process, DWR also intends to seek a court ruling this spring to affirm its authority to issue revenue bonds for a future conveyance facility. Meanwhile, lawsuits from the opposition continue to flood the court system.

Stating that the underlying purpose of the DCP is to protect SWP water deliveries, the NOP identifies sea-level rise due to climate change and the vulnerability of SWP infrastructure, as primary threats. The NOP also states that the same threats apply to the Central Valley Project, but to this point, the Bureau of Reclamation, who previously supported the California WaterFix, has yet to sign on to the project.