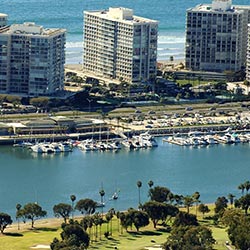 For a number of years, the San Diego County Water Authority (SDCWA) has been at odds with The Metropolitan Water District of Southern California (Metropolitan), suing over Metropolitan’s rates. Throughout the court proceedings, SDCWA employed a negative public relations campaign against Metropolitan. The campaign reached beyond the Water Authorities borders and into Orange County and the rest of the Metropolitan service area. SDCWA communications mischaracterized certain investments and other governance decisions by Metropolitan’s Board of Directors including investments and financial practices. The SDCWA materials also omit how the lawsuits could shift significant costs to other ratepayers in the Municipal Water District of Orange County (MWDOC) service area and limit Metropolitan’s ability to advance conservation programs and develop local water supplies to meet future needs in the region.

In June 2017, the Court ruled in favor of Metropolitan on the central issue in the litigation, finding that it is legal and reasonable for Metropolitan to include in its transportation rates and wheeling rate the water transportation costs it incurs for its integrated system, which includes the State Water Project. SDCWA appealed that decision to the Supreme Court.

On September 27, 2017, the California Supreme Court denied SDCWA’s Petition for Review in the rate litigation, rendering the June 2017 decision final.

In an effort to move toward productive reconciliation, immediately following the Supreme Court’s ruling, MWDOC’s Board of Directors sent this letter to the SDCWA leadership. To date, MWDOC is encouraged by the initial responses to the “olive branch” and are hopeful that the SDCWA will move past costly litigation and accept MWDOC’s invitation to return to thoughtful collaboration on water policy decisions to maintain reliable, safe water deliveries to Southern California.