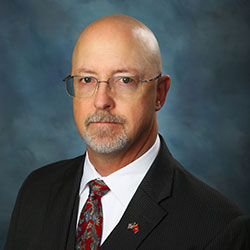 He is a graduate of the U.S. Naval Academy and the University of Texas School of Law. He served in the U.S. Marine Corps in the artillery and later as an attorney, and retired in 2007. For the past two decades, he has worked on water resources issues in a variety of roles. He served as a public agency attorney and in private law practice, led Camp Pendleton’s Office of Water Resources and the County of Orange Watershed and Coastal Resources Division, and worked for an engineering consulting firm. He is the Executive Counsel to the Santa Ana Watershed Project Authority (SAWPA).