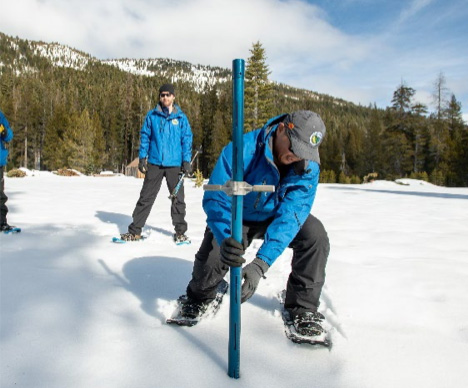 In respect to the Upper Colorado River Basin, it has also started out to be a below-average water year. What do these conditions mean for water supply and water availability to us in Orange County?

The good news is that even though WY 2020 was dry and WY 2021 is most likely going to be dry again, the Metropolitan Water District of Southern California (MWD) has entered Calendar Year (CY) 2021 with the most water it has ever had in storage. Current projections show that even with a 10% State Water Project Table A Allocation, MWD would end the year with 2.8 million acre-feet of storage. The goal obviously in dry years is to not take any water out of storage. At this time, MWD would need a 30% Table A Allocation to keep all of its water in storage. Since the peak of the last drought, 2015, MWD has not taken any water out of storage and has increased its dry year storage by 2.3 million acre-feet. Also, MWD has expanded its emergency storage by 100 thousand acre-feet.

Regarding how long MWD can hold its dry year storage, it is essential to examine its actions in the last drought from 2012 to 2015. During that period, there were four consecutive years of below-average precipitation/snowfall in Northern California. In those dry years, storage reserves dropped from 2.7 million acre-feet in 2012 to 0.9 million acre-feet in 2015. Dropping below 1 million acre-feet of storage triggers imported water allocations to assure future supplies. At the same time, the State of California began to implement mandatory water conservation measures. Since this event, water demand in Orange County has decreased by about 17% on an average annual basis, and the Southern California region has also seen a consistent drop in yearly water usage.

So let us do the math on where we might be if we are in a similar position where WY 2021 is the second year of a four-year drought (a repeat of the 2012 to 2015 drought). If from 2020 to 2024, MWD decreases its dry year storage by 2.7 million acre-feet (same scenario from 2012 to 2015), the result would be a dry year storage amount of 1.4 million acre-feet at the end of 2024. This would not trigger MWD water supply allocations (based on historical actions) and a 400 thousand acre-foot buffer if 2025 were an unprecedented fifth dry year in a row. So the good news is that MWD has plenty of water to get through a significant dry period, and the more good news is that we have never seen water consumption at these low levels, so it would be interesting how that correlates with MWD storage levels in a future megadrought event.